These days, cryptocurrency adoption is all over the iPhone and iPad, with the only missing piece of the puzzle being Apple themselves supporting the emerging digital asset industry. With more crypto-centric apps launching and existing apps adding in crypto-focused features each passing day, it is only a matter of time before Apple hops on the trend.

In the meantime, we’re looking at how cryptocurrency adoption is taking place across iOS devices, and pointing out some of the latest innovations around Apple’s flagship devices.

The History Of Cryptocurrency And The Apple App Store

Apple’s relationship with cryptocurrency hasn’t always been the best one. For example, only one month after Coinbase launched in the Apple App Store, the application mysteriously was pulled. Later on in 2017, Coinbase became the number one trending application in the app store in the United States, essentially proving that the Cupertino, California tech giant, isn’t always right about the future of technology.

Apple has also blocked numerous applications and certain types of cryptocurrency related ads from being displayed, taking a somewhat negative stance against the asset class.

Since then, however, the landscape around the cryptocurrency industry is very different, and Coinbase is joined by so many other businesses, wallets, and more. The crypto ecosystem has exploded, and now there are several avenues for crypto adoption to occur naturally with accessibility at the forefront.

Here is a random assortment of many of the latest key developments shaking up the space.

Bitcoin Twitter Tips Roll Out Via Partnership With Strike

Over the summer months of 2021, social media platform Twitter began testing a tipping feature where users could generate income from their followers and followers could have a way to reward their favorite content creators. During the test, the service was restricted to Venmo and CashApp, which is owned by Twitter CEO Jack Dorsey’s other business, Square Inc.

Square Inc. famously bought BTC in 2020 as part of a corporate treasury strategy, helping to kick off the bull market. Twitter CEO Jack Dorsey is an avid Bitcoin supporter, expecting it to become the global reserve currency of the internet.

Through a partnership with Strike, Twitter has added the ability to tip users in Bitcoin using the Lightning Network. Strike is a Lighting Network wallet and app that was also recently launched on iOS. The Twitter tipping feature is rolling out on iOS devices this week, with Android users unfortunately having to wait longer for that to arrive.

Android users also have a little bit longer to wait for PrimeXBT’s latest app, which just launched on iOS this week. Developers have said that the Android app is already in development and is coming soon. The new native iOS app offers the full suite of PrimeXBT features, including long and short positions on more than 50 different instruments from a single account, a personalized experience with a dedicated account manager, and more.

Most importantly, it lets you find your cryptocurrency trading strategy that best suits your risk appetite and profit goals using the Covesting copy trading module. Covesting copy trading combines the network effect of peer-to-peer communities with the power of PrimeXBT, to create a service that connects followers with strategy managers, who profit alongside one another.

Using Covesting, strategy managers have access to all of PrimeXBT’s advanced trading tools, such as built-in technical analysis software, to get the job done. Followers can use fully transparent data listed within the full transparent Covesting global leaderboards to make informed decisions about which strategies to follow.

The new PrimeXBT application is available as a free download in the App Store and is the most robust experience offering access to global markets while on the go. Users are encouraged to rate the app and participate in a bug bounty program with up to $10,000 in prizing. A company blog on the subject was shared with additional information and screenshots.

What The Future Holds For iOS Users

iOS is Apple’s mobile operating system, now on its 15th iteration and official release. Each new release typically debuts with another new iPhone, but older phones can be updated. This sort of future proof, always-on, way of updating applications is why developers choose to build natively on iOS and don’t just develop mobile websites. Updates are easier to push, making the app incrementally better in time.

Beyond third-party apps, which show significant strides toward crypto adoption, few updates would make as much of a difference compared to if Apple released a native cryptocurrency wallet itself. Built into each iPhone’s software is the Wallet app, which keeps debit cards, credit cards, and more, available at a click for use with Apple Pay. If and when Apple adds support for cryptocurrencies in such a way, adoption will immediately explode.

Samsung has done so, adding its Samsung Blockchain Keystore app to its Galaxy lineup of devices, but it has thus far failed to take off. Oftentimes, when Apple gets involved, it takes existing technology and changes it forever. Without the company, we might not even have smartphones, tablets, and other devices we can no longer live without.

Apple is the largest company in the world, with the largest market cap. It is known for innovation and being ahead of the curve in most cases. When Apple does find themselves behind the trend and finally enters the space, it redefines it forever. And, when Apple does enter the cryptocurrency industry, it will likely reshape it in ways we won’t yet understand. And with the company’s help, it could make Bitcoin, Ethereum, and other cryptocurrencies seem as common as pinching to zoom, or swiping left and right on a touch screen – two things that when they first arrived felt foreign to experience.

Looking ahead, the future is bright for crypto. With Apple’s involvement, the future will only be brighter and allow these assets to reach the billions of users who own iPhones worldwide. 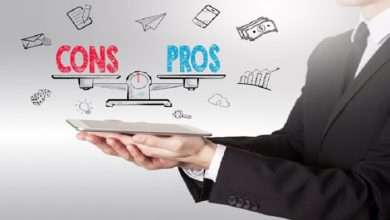 Pros and cons of forex brokers – A Complete Overview 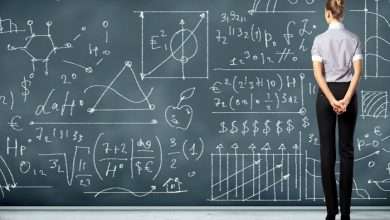 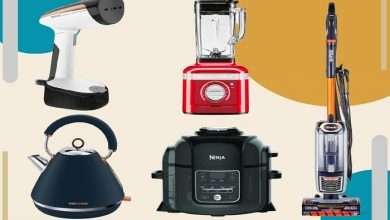 2021 Black Friday Sales: Best Water Filter You Can Get 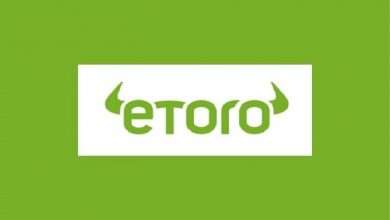