March Madness is one of the craziest and most enjoyable times for sports fans throughout America.

The annual NCAA Tournament, consisting of 68 teams in a single-elimination bracket, has earned its nickname for endless entertainment, thrilling action, and Cinderella stories. As sports betting continues to grow in popularity and more states move towards legalization, the jaw-dropping tournament is going to provide one of the greatest draws in the sports betting marketplace.

Fill out your March Madness bracket, get your sportsbooks ready, and pay attention to learn how you can bet on the upcoming race to the title.

Betting on March Madness has never been simpler; sportsbooks, or betting sites, are constantly offering registration bonuses and promotions to entice patrons to come to their website rather than a competitor’s, due to the saturation of the market. This also means that sportsbooks are racing to offer the best deals that they can while still balancing a fair line of odds.

Futures bets are simple wagers on either who is going to be the national champion or which team(s) will reach the Final Four; to make it to the Final Four, a team must emerge as the representative of one of four regions in the bracket and appear in one of the semi-final games.

Futures bets typically have the best odds at the start of the season, due to the unknown circumstances that have not yet unfolded but can still give great value to favorites once the bracket is revealed. Granted, there is a great risk associated with picking a team to successfully avoid elimination amidst the Madness of March, but it is one of the most prominent forms of bets.

Point spreads account for differences in teams’ abilities by spotting the underdog a certain amount of points and then determining the winner of the bet by who “covered” the spread. “Covering” means that a team either won or lost within the number of points that were initially spotted. Value on both ends of the spread is usually identical, or at least very similar.

For example, a -3.5 team must win by at least 3.5 points to cover the spread and win the bet; if they win by two, they did not cover, and the team that lost the game actually won the spread and the associated prize money.

A team that is a +6 underdog can lose by fewer than six points to win the bet, but if they lose by seven or more, then they will not earn a profit. If this team loses by exactly six points, the bet is declared a “push,” and the full investment is returned to the bettor.

Moneylines are a more simple, straight-up wager on which team is going to win a particular bet. Think of this as the old-fashioned approach, like when your friend says “I got $5 that Team A wins this game.”

Favorites have less profitable odds on the moneyline because of their likelihood to win the game, whereas underdogs are a hot commodity. Tons of upsets will happen in March Madness, making the moneyline extremely appealing for those who like to take chances on lower-seeded teams.

Points totals do not require a bettor to pick which team is going to win over cover the spread and instead focus on the sum of the total points scored in the game.

If the bettor has no clue which team is going to win a particular matchup but does have an indication that the total points scored are likely to be greater than the number listed, then they would bet the “over.” Similarly, if the given number seems too high for the points total, then the “under” becomes attractive. Like spreads, the over and under will usually have the same odds. 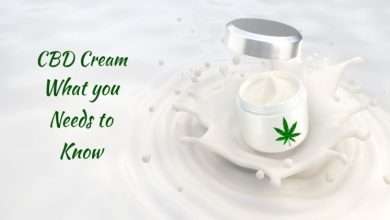 Types Of Games Offered By Evoplay

3 Enriching Advantages You Can Get From Cbd Oil – Explained!